Do You Have a “Disease”? 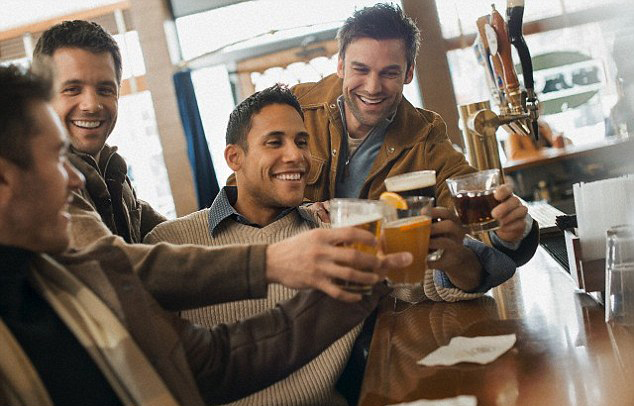 I was asked recently what my biggest flaw was.

I finally answered, “I drink!”

They asked “How does that affect you?”

Sometimes I don’t get work done because I’m out drinking. Sometimes when I drink too much I have trouble waking up in the morning.

I drink. Not often, but at least once a week.

I used to drink for no reason. That was never good. Always lead to emotional drinking and over drinking. I admit I knew it was a problem.

Then I made the choice to stop and just drink socially, or as a reward for accomplishing a goal. But never again in a non-happy situation.

Not my words. But I have been called an alcoholic.

So I took a step just to prove a point to myself.

I went to an alcoholics anonymous meeting a few weeks ago. I wanted to know if I really do have a problem.

I listened to people get up there and tell their stories.

But I did not tell mine.

Is drinking my disease?

I heard a gentlemen say that drinking nearly destroyed his life.

He woke up one morning, looked around, and was laying on the floor outside of his home, with no recollection of how he got there.

He said after that day, he decided never to touch another drop of alcohol again. Been sober for 2 years.

2 Years and he still felt the need to attend alcoholics anonymous meeting for fear of relapse.

I heard a lot of them talking about taking things one day at a time.

You make a decision, and you take charge of your life.

You don’t need a higher power to help you.

You don’t need a sponsor.

The guy that had been sober for 2 years is weak! He’s not a man. He easily made the choice to stop! He can easily make the choice to never start again. But it seemed like he just needed that pain.

People need to stop drowning themselves in a sea of self pity to make themselves feel good, or important.

What you need is strength of mind, willpower, and character.

Alcoholism is NOT a disease. This applies to everything in life.

And people have turned it into a church. They worship the alter of self pity.

I drink. But it’s not a disease!

I left that place with one thing on my mind. I’ve just seen what I don’t want to become.

Don’t be that person! Don’t be weak!

Be a man! You have to be determined to fight.

Just make the choice! And Do It!