Why would you want her back? Haven’t you ever heard that saying? Exes are exes for a reason. No matter what happens from here on out, let me tell you something, it is NEVER going to be the same. If it was a case of cheating, as was my case, I was cheated on; or it was a case or getting tired of each other; or friends got in the way, family got in the way, no matter what it is, It is never going to be the same.

Here’s why. Every fight you have from now on, every argument, every little disagreement, the situation is going to come up. Whatever you broke up about, it will come up. I got cheated on. Badly. This girl went and started a whole other relationship, introduced the guy to her family while she was still with me. And I still wanted her back.

Because I was young and dumb at the time. Looking back now; Fuck That Bitch! I would never want her back. That’s how I wish I would’ve seen it back then. If you break up with someone, you break up. No matter what the reason. She breaks up with you, you break up with her? OK. It’s over. It’s done. It is never going to be the same. It is never going to be like a fresh relationship or like a strong relationship. Not after a breakup.

So do yourself a favor, Move On. 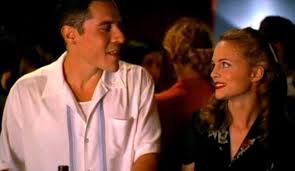 Just pick up and move on. There’s plenty of fish in the sea. There will always be someone better. If you’re worried about maybe letting “The One” go, don’t be. If you think there’s one person out there for you, maybe there is. But guess what, maybe there’s not. Move on. If there is one person out there for you I guarantee its not the ex. So move on and find someone better.